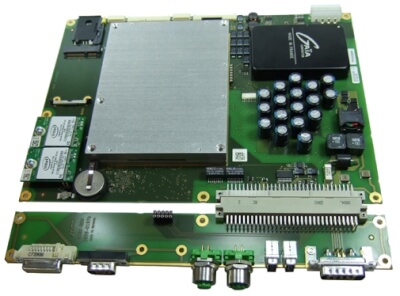 ESMexpress® is a Computer-On-Module standard in accordance with a proposed ANSI standard currently under development (ANSI-VITA 59, RSE Rugged System-On-Module Express). Together with an application-specific carrier board it forms a semi-custom solution for industrial, harsh, mobile and mission-critical environments. The XC2 is a universal ESMexpress® carrier board designed for intelligent display solutions. It offers one ESMexpress® slot that can be used together with Intel®-based ESMexpress® modules ranging from the Atom-powered XM1 and XM1L to the high-end XM2 with its Intel® Core™ 2 Duo. Thus, the XC2 provides physical interfaces and connectors for nearly all of the modern serial standard I/Os routable from the ESMexpress® connectors to the carrier board as defined in the specification. The functionality of all connectors depends on the ESMexpress® module used. The XC2 complies with the EN 50155, class Tx railway standard in order to be used for rugged infotainment applications in trains, undergrounds and public busses. 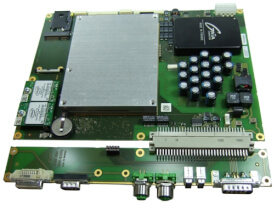