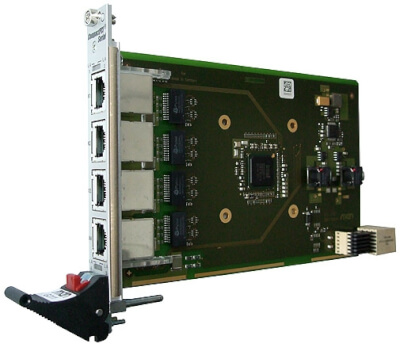 The G211 quad Ethernet interface is a rugged single Eurocard CompactPCI® Serial peripheral board. It can be used in combination with a CompactPCI® Serial or CompactPCI® PlusIO CPU board in a CompactPCI® Serial or hybrid system. It provides four Gigabit Ethernet interfaces at the front panel which can be accessed either on four RJ45 or four M12 connectors making it especially suited for applications in harsh environments. All four interfaces are controlled by one Ethernet controller which is connected to the backplane via a x4 PCI Express® link and supports the IEEE 802.3x standard. Each interface supports a data transfer rate of 500 Mbit/s if all interfaces are used simultaneously. Two LEDs show the link and activity status of every interface. The G211 is screened for extended operating temperature and prepared for conformal coating for use in harsh and mobile environments. 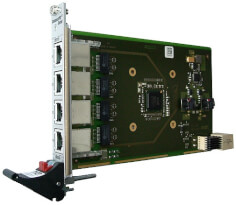 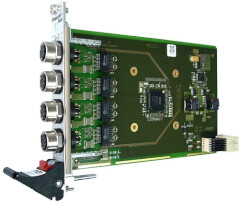