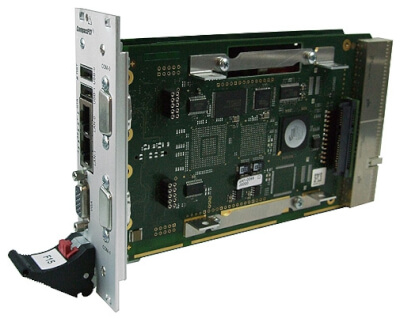 The F608 is a 4HP SATA extension card for 3U Intel® based CompactPCI® single-board computers. It can be used in combination with the F14 and further boards of the Intel® low power family. It offers four SATA interfaces over a SATA port multiplier via PCI Express® as well as one SATA slot on-board (from the chipset). Two individually configurable UARTs are accessible via D-Sub connector at the front. Two USB and two PCI Express® links are available via rear I/O. As an option, the F608 also offers the possibility to realize two optical Ethernet interfaces via SFP. The F608 is directly plugged to the right side of the respective single-board computer. A robust connector makes for high mechanical stability. It is delivered with an 8HP front panel, replacing the 4HP front panel of a 3U single-board computer and thus resulting in a solid one-piece front panel. The operating temperature range is 0..60°C. 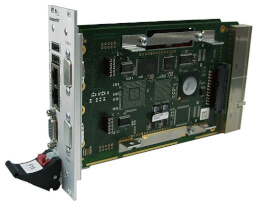 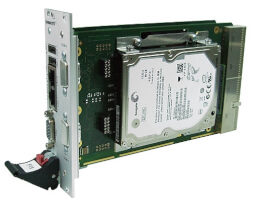