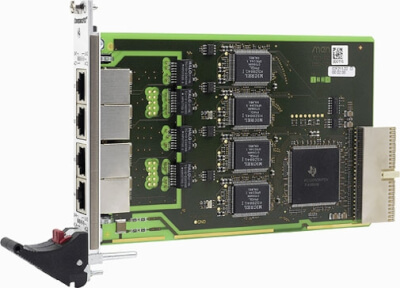 The F211 is a single Eurocard CompactPCI® networking controller that needs only one slot on the CompactPCI® bus. The four Fast Ethernet channels on one card occupy four individual MAC/IP addresses. They support full-duplex or half-duplex with 10Base-T and 100Base-TX physical layers for distances up to 100 m. Featuring auto-negotiation, collision and link detection the maximum data transfer rate per channel is 200 Mbits/s with full-duplex operation. The Ethernet channels on the F211 can be used individually as well as in redundant mode for high-availability systems by using some of the Ethernet ports in parallel. The F211 has been designed for rugged and mobile applications with demand for multiple network controllers such as firewalls, gateways, routers, or as a fieldbus data concentrator based on industrial Ethernet. The F211 is qualified for extended operation temperature and prepared for conformal coating for use in harsh and mobile environments. 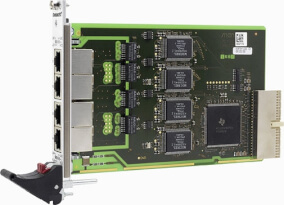 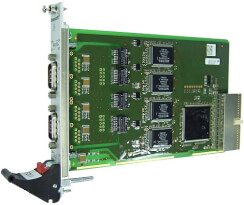